Oxford's Classics program recently proposed removing the study of Homer's Iliad and Virgil's Aeneid, according to The Oxford Student. Dr. David West, Assistant Professor of History here at AU, weighs in on this controversial decision:

Oxford's Classics program is apparently planning not to make the study of Homer and Vergil compulsory anymore to... Classics majors.  This means that the History and Political Science majors in my course this spring on Homer's Iliad and Vergil's Aeneid are getting a better education in the Classics than students of Latin and Greek at Oxford will going forward.  Another victory for Ashbrook and Ashland University!  Although students don't read these epics in the Greek or Latin original in this course, they do, nevertheless, read the epics, and engage with foundational ideas about honor, courage, heroism, warfare, political power, the nature and role of divine power in human life, the human passions, and the place of human beings in the cosmos.  Homer and Vergil's poetic exploration of these themes has continuously elicited responses from the greatest minds of the Western tradition, from Plato, Aristotle, and Cicero to Dante, Milton, and Nietzsche.

Among the opponents of the plan to eliminate the Homer and Vergil requirement in Oxford's Classics program is an undergraduate who, in an interview with The Oxford Student, stated the problem quite eloquently: "Removing Homer and Virgil would be a terrible and fatal mistake. {The proposal} would mean that firstly, Oxford would be producing Classicists who have never read Homer and never read Virgil, who are the central authors of the Classical tradition and most of Classical literature, in one way or another, looks back to Homer and interacts with the Iliad. Removing it would be a shame because Homer has been the foundation of the classical tradition since antiquity and it is impossible to understand what comes after him without studying him first..."

To learn more about AU's History and Political Science program, visit our website.
Posted by AUHistory&PoliSci at 10:49 AM No comments: 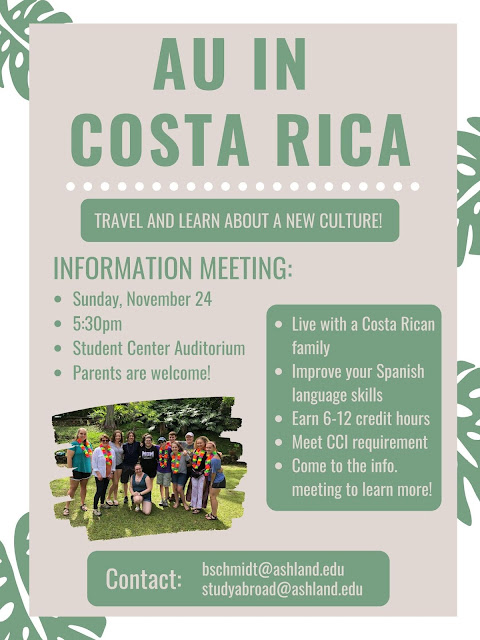 Best of Luck to Our Majors Presenting at 2019 URCA!

The History and Political Science Department wishes its majors the best of luck as they present their work at the 2019 CAS Undergraduate Research and Creative Activity (URCA) Symposium on Tuesday!

In her presentation, Sims will explore AI through film as opposed to more formal academic mediums because film provokes thought and introspection by placing the viewer in the shoes of a character.  She will discuss the possibility of AI wanting to be human rather than to destroy humanity.  AI as human raises philosophical, moral, and political questions which she will seek to answer by creating a fictional world and exploring what those relationships could look like.

Stoops' study examines the political influences of and on Zeppelins, particularly in the Weimar and Nazi eras, in order to better understand their importance to the German people and government. He examines primary documents, and three particular ships covered in them, to highlight the links between Zeppelins and sociopolitical identity.

More information about URCA, including full abstracts for each presentation, can be found on their blog.
Posted by AUHistory&PoliSci at 9:09 AM 1 comment:

David Smith, a lecturer in American history at Baylor University, wrote an interesting column for the The Dallas Morning News on May 11, 2018. Here's one way he puts the argument:


Unlike accounting, marketing or computer programming, which are skills, human rights, a free press and democratic government are ideas.  Consequently, if those who believe in democracy don't stay conversant with ideas and how they should influence us, an appreciation of the subtleties that allow democracy to work will dissolve. We're already seeing it every time we turn on the news.

Democracy Dies in Materialism and the U.S. is at Risk

Shortly after the inauguration of Donald Trump, in what amounted to an ongoing editorial about his administration, The Washington Post situated the slogan "Democracy Dies in Darkness" right below the paper's masthead. It's a bold pronouncement:  not entirely inaccurate, but one that falls far short of encompassing the broader threat to the democratic order in the United States.

It's more accurate to say that democracy dies in materialism, by which I mean our utilitarian attitude today that knowledge is rooted only in marketable skills. It changes our perception of democracy from being a way to secure abstract rights and liberties into a means by which we can have fewer limits on what we obtain, measure each other by what we have and block those who disagree with us.

A materialistic view doesn't equip us to think deeply about human rights, civil rights, the role of government or human flourishing.  It cripples our ability to think historically and critically, and so reinforces the tribalism that's already transforming our politics into isolated echo chambers of certainty and hostility.

As a teacher I see this constantly. "I love history and I would major in it, but my parents won't let me," is one of the saddest things a student has ever said to me. What she meant was that she loved it and wanted to study it but her parents insisted she get a degree that would get her a job.
Read more »
Posted by historypolsci at 9:58 AM 1 comment: 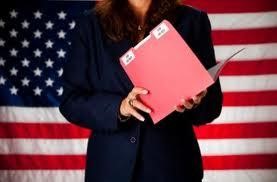 During an internship at ATIC, you will:


BE CAREER READY TO MAKE A DIFFERENCE!
Ashland University’s Partnership with the Advanced Technical Intelligence Center (ATIC) opens doors for your career as either an Intelligence Analyst or as a Cyber Analyst.

Who can participate in the Intelligence Program?
Students from many majors are needed in the Intelligence Community, for example majors in Criminal Justice, History/Political Science, Math, Computer Sciences, Natural Sciences, Accounting, Economics, Communication Studies, Foreign Languages, Psychology, Philosophy, English and others. Students must be 20 years of age, a U.S. citizen and have no felony convictions.

Who can participate in the Cyber Data Program?
Most likely Computer Science or Information Systems majors or minors. Students must be 18 years of age, and complete a criminal background check. The benefits of an internship at ATIC continue after completion of the internship as ATIC staff helps expedite the process to get graduates on the job.

APPLICATION PROCEDURES
Additional information and the approval form may be found on the College of Arts and Sciences pages at Ashland.edu/ATIC.


Posted by AUHistory&PoliSci at 4:54 PM No comments:

Best of Luck to Our Majors Presenting at URCA!

The History and Political Science Department wishes its following majors the best of luck as they present their work at the 2018 CAS Undergraduate Research and Creative Activity Symposium on Wednesday!

"These students from Opera Workshop class in the music department will demonstrate their knowledge of classical vocal techniques, stage acting and modern music through the live performance of a scene from the opera The Consul by Gian Carlo Menotti."

"The founding of a regime—one wholly new—represents the birth of new modes and orders under one who has risen from private citizen to prince. Niccolò Machiavelli discusses such foundings in chapter six of The Prince; he examines the actions and character of those who found new principalities at the highest level, those to whom he refers as “prophets”1: Moses, Cyrus, Romulus, and Theseus. I intend to outline how these princes are similar and where they differ in their actions, and what those  similarities and differences reveal about what Machiavelli believes can be learned from the example of these men."

"John Milton’s Paradise Lost is an epic poem published in 1667 and revised in 1674 that explicates the “Fortunate Fall” of man...I examine a scene in Pandemonium in Book X after Eve’s temptation and man’s punishment to reveal the just nature of divine punishment and identify that the distinction between Hellish and Earthly punishments is a result of God’s omni-benevolence."

Aristotle and Machiavelli on Fortune as a Means to Happiness

"In my presentation, I will be comparing and contrasting Book One of Aristotle’s Nicomachean Ethics with chapter twenty-five of Machiavelli’s The Prince. I will be elaborating on their views of the importance of fortune in achieving the highest human goal."


Posted by AUHistory&PoliSci at 9:45 AM No comments:

The Case for Majoring in the Liberal Arts - Once Again

In "If You Want Your Child to Succeed, Don’t Sell Liberal Arts Short," Michael Zinn, a creative strategist at Digital Surgeons, makes the case for the liberal arts. Among other things, he quotes Albert Einstein to the effect that the "value of an education in a liberal arts college is not the learning of many facts but the training of the mind to think something that cannot be learned from textbooks.”

Critical-thinking skills are useful in any profession, and not all classes are obscurantist or politicized.

It’s college admissions season, and every parent is mulling the perennial question: “What major will help my child get a good job?”

Standard answers today invariably center on science, technology, engineering and mathematics, often referred to as STEM. Given the skyrocketing costs of higher education, parents and students alike can be forgiven for viewing a college degree as a passport into the professional world, and STEM majors are seen as the best route to professional success.

But my advice is to let your child know that a liberal-arts degree can be a great launching pad for a career in just about any industry. Majoring in philosophy, history or English literature will not consign a graduate to a fate of perpetual unemployment. Far from it. I say this as a trained classicist—yes, you can still study ancient Greek and Latin—who decided to make a transition into the tech world.

I am far from alone. There are plenty of entrepreneurs, techies and private-equity managers with liberal-arts degrees. Damon Horowitz, a cofounder of the search engine Aardvark, holds a doctorate in philosophy. Slack founder Stewart Butterfield and LinkedIn founder Reid Hoffman both earned master’s degrees in philosophy. The startup where I work employs computer programmers who studied musical composition and philosophy as undergraduates.

Throughout history it has been common for people to study subjects with no immediate relationship to their intended professions. In antiquity, education was intended to enrich students’ lives. Pragmatic benefits such as rhetorical ability, logical reasoning and business skills were welcome byproducts of a good education. The phrase “liberal arts” comes from the Latin word liberalis, meaning “worthy of a free person.” A liberal-arts education gives someone the freedom to participate fully in civic life.
Read more »
Posted by historypolsci at 3:13 PM No comments: