M.D. Aeschliman, professor of Anglophone culture at the University of Italian Switzerland, concludes this interesting contrast of Alexander Hamilton and Thomas Jefferson with a general point about the uses of history. Arguing that Jefferson's golden words and his pose as a pro-Enlightenment friend of abstract liberty and the "common man" brilliantly deflected attention from his actual practice of slavery, Aeschliman much prefers the self-made, strongly anti-slavery man Hamilton. The lesson about the study of history:

History, whether personal or collective, is the best guide to our individual and collective lives. We need always to compute who — or which action, in self or others — deserves praise, and which deserts principle and deserves criticism and condemnation. Biographical studies such as Gordon-Reed’s and O’Brien’s on Jefferson and Brookhiser’s and Chernow’s on Hamilton exemplify the rational and moral function of the good historian as envisioned by Lord Acton. They stimulate and inspire their reader, an “animal capable of reason,” into actually becoming a rational animal.

Also worth reading on the issue is Allen C. Guelzo's essay, "What did Lincoln Really Think of Jefferson?"
in the New York Times, July 3, 2015.
Posted by historypolsci at 10:54 AM No comments: 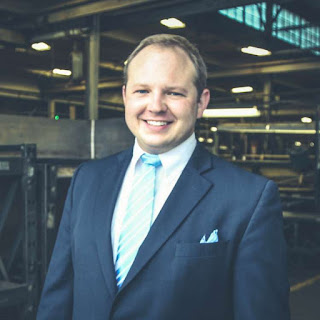 Ben Kafferlin, a graduate of our program and an Ashbrook Scholar (Political Science and Economics, 2012), runs his own consulting business and is now running for public office: County Commissioner of Warren County, PA. Learn more about him here.
Posted by historypolsci at 10:14 AM No comments:

History is Useless in the 'Real World'?

"The General Manager who engineered the NFL's best off-season is a history buff, a grunge band aficionado and a Game of Thrones devotee...Mike Maccagnam reveres Abraham Lincoln, references the Napoleonic Code and devours books, like On War, about military strategy...."  This is the opening of a story about Maccagnam in the October 26, 2015 issue of Sports Illustrated.  A history buff, Lincoln, Napoleon, Clausewitz: no wonder Maccagnam is a successful GM in the NFL.
Posted by historypolsci at 9:24 PM No comments:

The Battle of Jutland

Students (and others) in Dr. Moser's World War I course re-fought the 1916 Battle of Jutland yesterday. 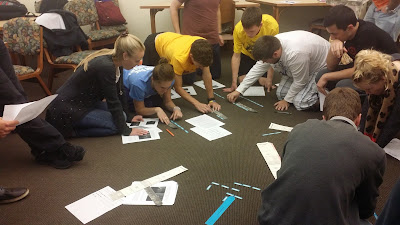 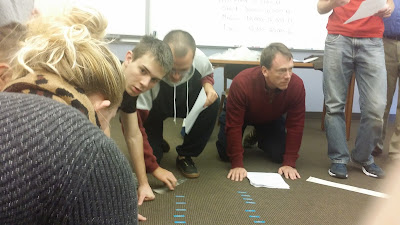 Posted by historypolsci at 12:02 PM No comments:

College is not a Commodity. Stop treating it like one.

It's recruiting season again, and as we educators work hard to "sell" our colleges and programs, Hunter Rawlings, former President of Cornell University, reminds us that you can't buy an education in the same way that you can buy a car. What a student gets out of his or her college experience depends to a very considerable extent on what he or she puts into it.  Published in the Washington Post, June 9, 2015:

College is not a commodity. Stop treating it like one.
What truly makes an education valuable: the effort the student puts into it.

Pick up any paper or magazine, and you’re likely to see a front-page article on college: It costs too much, spawns too much debt, is or isn’t worth it.

I entered academia 52 years ago as a student of Latin and Greek expecting to enter a placid sector of American life, and now find my chosen profession at the center of a media maelstrom. With college replacing high school as the required ticket for a career, what used to be a quiet corner is now a favorite target of policymakers and pundits. Unfortunately, most commentary on the value of college is naive, or worse, misleading.

Here’s what I mean. First, most everyone now evaluates college in purely economic terms, thus reducing it to a commodity like a car or a house. How much does the average English major at college X earn 18 months after graduation? What is the average debt of college Y’s alumni? How much does it cost to attend college Z, and is it worth it? How much more does the “average” college grad earn over a lifetime than someone with only a high school degree? (The current number appears to be about $1 million.)  There is now a cottage industry built around such data.

Even on purely economic grounds, such questions, while not useless, begin with a false assumption. If we are going to treat college as a commodity, and an expensive one at that, we should at least grasp the essence of its economic nature. Unlike a car, college requires the “buyer” to do most of the work to obtain its value. The value of a degree depends more on the student’s input than on the college’s curriculum. I know this because I have seen excellent students get great educations at average colleges, and unmotivated students get poor educations at excellent colleges. And I have taught classes which my students made great through their efforts, and classes which my students made average or worse through their lack of effort. Though I would like to think I made a real contribution to student learning, my role was not the sole or even determining factor in the value of those courses to my students.
Read more »
Posted by historypolsci at 10:58 PM No comments:

The Job/Internship/Grad School Fair is a great chance to make some contacts and discover new opportunities. This year’s fall fair will take place on Thursday, Oct. 8, from 1 – 4 pm in Upper Convo. There will be 155 representatives from 96 organizations who are interested in recruiting Ashland University students and alumni.

If you haven't already pre-registered, you can register at the door.

Bonus: Free professional headshots for students, faculty and staff will be taken during the event.

Posted by historypolsci at 3:21 PM No comments: