The National Council on U.S.-Arab Relations sponsors a six week summer program to study the Arabic language at the Lebanese American University in Beirut.  It even seems relatively affordable. You'd want to watch the situation in neighboring Syria closely, but here's the link for more information:   http://ncusar.org/study-abroad/lau.

Posted by historypolsci at 2:31 PM No comments:

A Critique of Social Studies

In this provocative article in the City Journal, Michael Knox Beran investigates the origin and aims of social studies to argue that this "pseudo-discipline" should no longer be taught in our schools.  Here's the basic reason why:

The test of an educational practice is its power to enable a human being to realize his own promise in a constructive way. Social studies fails this test. Purge it of the social idealism that created and still inspires it, and what remains is an insipid approach to the cultivation of the mind, one that famishes the soul even as it contributes to what Pope called the “progress of dulness.” It should be abolished.

And in this passage, he gives some powerful examples of what the social studies approach does:

Social studies, because it is designed not to waken but to suppress individuality, shuns all but the most rudimentary and uninspiring language. Social studies textbooks descend constantly to the vacuity of passages like this one, from People and Places:

The language of social studies is always at the same dead level of inanity. There is no shadow or mystery, no variation in intensity or alteration of pitch—no romance, no refinement, no awe or wonder. A social studies textbook is a desert of linguistic sterility supporting a meager scrub growth of commonplaces about “community,” “neighborhood,” “change,” and “getting involved.” Take the arid prose in Our Communities:

San Antonio, Texas, is a large community. It is home to more than one million people, and it is still growing. People in San Antonio care about their community and want to make it better. To make room for new roads and houses, many old trees must be cut down. People in different neighborhoods get together to fix this by planting.

It might be argued that a richer and more subtle language would be beyond third-graders. Yet in his Third Eclectic Reader, William Holmes McGuffey, a nineteenth-century educator, had eight-year-olds reading Wordsworth and Whittier. His nine-year-olds read the prose of Addison, Dr. Johnson, and Hawthorne and the poetry of Shakespeare, Milton, Byron, Southey, and Bryant. His ten-year-olds studied the prose of Sir Walter Scott, Dickens, Sterne, Hazlitt, and Macaulay and the poetry of Pope, Longfellow, Shakespeare, and Milton.
Posted by historypolsci at 1:56 PM No comments:

Want to Learn a New Language?

In case you are interested in studying a language not taught at AU, a good way to pick it up is by securing a CLS language study scholarship. So, if Hindi, Turkish, or Korean, or another of the thirteen rarely-taught languages is your thing, go to http://www.clscholarship.org/qv_applicant.php to begin your application. CLS's deadline is Nov. 1, 2013.
Posted by historypolsci at 12:48 PM No comments:

Latin students (directed by Dr. Edith Foster) sing Christmas Carols this morning in Mishler House (the Ashbrook dorm in Andrews Hall).  Listen to Adeste Fidelis as Julius Caesar would have sung it!  It may not come through in the video, but Dr. Moser has a potential third career as a vocalist. 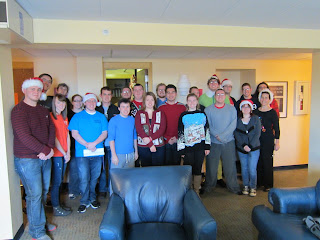 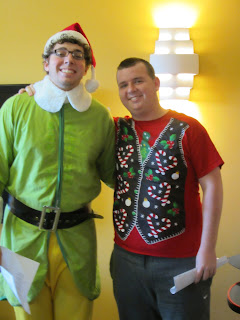 Posted by historypolsci at 10:59 AM No comments:

And now for some good news!  US News and World Report has ranked Ashland University as one of 16 "most over-performing colleges" in the country. Scroll down to the slide show; AU is the second one listed! See here.
Posted by historypolsci at 9:47 AM No comments: